While in the past Los Angeles was seen as the ultimate US destination to visit, in 2019, the numbers of domestic and international tourists who are set to explore Las Vegas is predicted to swell. Why is Las Vegas becoming an increasingly popular tourist destination?

The answer is that while Las Vegas may have historically been known for the Las Vegas Strip and its myriad of themed mega casinos, in recent years Las Vegas has also built a reputation for offering world-class shows such as Cirque du Soleil shows and for offering unique experiences.

As an example, you can learn how to drive heavy machinery such as industrial diggers at a machinery inspired amusement park and swim with dolphins during a visit to Las Vegas.

If Las Vegas sounds like your idea of a nightmare, you may prefer heading to Bali, a tranquil island located in Indonesia which offers some of the top surf beaches in the world as well as hot springs and beachfront resorts.

If you’re interested in learning about foreign cultures, it’s also well worth exploring a Buddhist temple, whilst you’re touring Bali. As Bali is home to some of the most spectacular, Buddhist temples some of which are perched on sea cliffs which are treated to some of Bali’s most gorgeous sunsets.

If you really want to get off the beaten tourist track and are interested in visiting a South Pacific paradise which hasn’t been as affected by mass tourism as countries such as Fiji, it’s well worth booking a plane flight to the kingdom of Tonga. Which actually is still governed by a traditional monarchy and is run by a king.

While Tonga doesn’t boast as many five-star island resorts as islands such as Hawaii and Fiji, which offer five-star resorts for as far as the eye can see, Tonga does boast stunning beaches and friendly locals. The latter of whom are incredibly proud of their culture and whom are willing to share facts about their culture with international tourists.

Istanbul is the only country in the world to be located in two continents, Asia and Africa and is a melting pot of cultures. If you’re a history buff make sure to head to Istanbul’s most famous landmarks the Haga Sofia, which is a giant blue doomed monument which has a fascinating history and has served as both a Greek Orthodox Cathedral and an Ottoman mosque.

If you love exploring traditional marketplaces where you can still pick up handcrafted items at a competitive price you’re in luck as Istanbul is home to some of the largest bazaars in the world. A great example of which is the Carsamba Market.

Lastly, if you’re a coffee fan you’re in luck as Istanbul’s cafes are world renown for offering delicious, aromatic coffees which go perfectly with a slice of authentic Turkish delight.

No matter which of the four international destinations which you choose to visit first, you’re sure to have the time of your life. 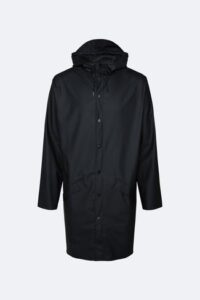