If you’re familiar with seeing riders around your town, you’ll know that their iron on patches signify that they belong to a specific club. In some cases, patches also indicate if riders are part of the American Motorcycle Association or if they are outlaw club members. Most times, any club is very welcoming and take on members from various walks of life. Our article goes into the details of what biker patches are made of as well as some coveted club etiquette that is a must. What Are Biker Patches Made Of?

Simply put, most of the patches available for purchase on the markets are crafted from the heaviest materials around. These include denim or various heavy cotton materials. And since riders wear them for extended periods of time, they’re also going to be facing some of the harshest elements of the environment. However, various patches are crafted according to various embroidery percentages to achieve the desired result.

In some cases, patches are quite detailed and of course require a much more embroidery work. With that said, simpler designs and even some text work does not even need that much of embroidery work. Hence, the embroidery work done is usually categorized into three and can be seen below:

50% Embroidery – Most times, extremely simple designs are crafted from this particular type. With this type, the twill background is typically more than 50% visible and there is of course less than 50% of embroidery overall on the design. And for those who might be trying to save on cost, these are the cheaper options.

75% Embroidery – These are quite common and are found all around in patches. However, there is over 50% of embroidery work on this particular patch; due to this, there is also less than 50% visibility when comes to the overall background image. And if you’re wondering the cost, it is pretty low to even average price.

100% Embroidery – When it comes to true quality, any 100% patch is the highest that you’re ever going to come across. And there is almost no twill visible. However, if you’re interested in exceptional quality, you can’t really put a price on it. And you’re even going to find a series of more intricate designs within this category.

It is even often debatable that iron on patches should be crafted with adhesive backing in order to allow users to simply iron them on. With that said, there should also be a seal for the purpose of preserving a patch along with it overall craftsmanship. And for those who prefer to sew their patches on, patches are typically crafted with an embroidered border to make this process completely free of trouble.

When it comes to the overall embroidery process, patches are typically crafted using the best techniques within the sewing industry. This just simply adds or rather creates a high sense of vibrancy and detail. And it even accurately ensures that all the colors mesh well together; these are the little things that make patches stand out from others.

When you join any motorcycle club, you’re going to have to follow a series of patch rule etiquettes. Simply put, these are just basic guidelines on how members should carry themselves in public while wearing their patch. And they should also show the highest respect for brothers in different clubs while wearing their club patch.

And if you’re venturing into another clubs’ space, or rather another clubs territory, you should also never wear your club colors. In some cases, clubs also forbid members from wearing club colors while driving. And if a member has had their membership revoked, they must surrender their colors before leaving. This is simply to prevent members from wearing it as old uniforms.

Additionally, each club has its own set of rules that must be followed. If ever you should see another member, it is advised to refrain from touching their colors, this is due to the fact that members take the most pride in wearing their hard earned colors. And for most of them, they will defend their colors at any given time.

When it comes to even taking pictures of a member or their club, be sure to seek permission before doing so. However, be sure to never take a picture of their plate. And if you’re driving and you take pictures, you can be greeted with some hostility from the biker.

As we conclude, we have just looked at what iron on biker patches are made of. And we have also discussed a series of patch etiquette. Additionally, you should also keep in mind that you should never ask a member to borrow their jacket that contains their colors on it. However, most of the times club colors are only allowed to be worn by females who ride as a passenger with club members.

For more fashion tips from Fashion Trendz, check these articles out!

Tweet
Share
Share
Pin1
1 Shares
« How to Maintain Mature Skin Concern?
Combination of Contemporary Art and Wedding Rings. Pick one and drive down to the road of happiness! » 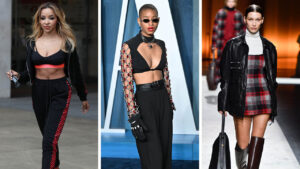